Whether it’s time for a new presidential election, or the middle of their term, a fair number of people are always unhappy about who’s leading the country.

Fortunately, there’s an easy solution to this. Make astronauts into presidents. If you aren’t tired of politicians being in charge, you’re probably not paying much attention.

To start, astronauts have to be well educated and sharp. High powered minds, honed with years of practice make for excellent leadership skills. These people devote their lives to science, to discovery, and to adventure. Honestly, anyone that could actually show devotion would have my vote, unlike politicians and their inability to act human.

On top of their mental capacity, astronauts live a life of discipline. Intense exercise is a way of life. They practice the health choices that are espoused by so many experts, but followed by so few. Our leaders should be an example to us, and there’s no other profession that provides a better one of balancing a fit and healthy lifestyle than this.

Men and women with perspective? Astronauts.

We need leaders that have that kind of perspective. The kind which can see the big picture. Being in space probably lends a certain kind of clarity to a way someone goes about their life. A leader who can delegate the little stuff while looking to the future, and not just trying to line the pockets of their friends and donors would bring a better America about.

Imagine the United States without politicians. Instead, our government would be run by those who had undergone the rigors of Nasa’s training program, and only after completing a career as an astronaut would they be turned over to the government sector to become our leaders. Our elections would look quite different with Democratic and Republican astronauts vying for your vote, quoting life skills and lessons they learned along the way, instead of the drivel we currently have to consume.

Think about it. Wouldn’t you vote for Matt Damon’s character in “The Martian” to be president? Talk about a great world we’d be living in if that happened. 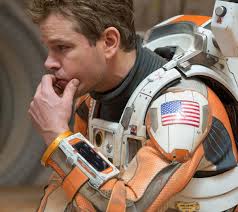 Though we don’t have a Matt Damon astronaut running about, we do have Leland Melvin. His official picture, the equivalent of his driver’s license for being an astronaut, includes his two adorable dogs. That’s the kind of guy I want running a country. Sure, Leland isn’t running currently. But that’s because he’s not a politician. He’s not in this world to grease palms and twist words. But this is exactly why we need him.

Leland would just be our first pick, mostly because of the dog picture and his Wiki makes him sound like a pretty swell guy. If he’s not feeling like running a country though, we’d not mind another astronaut stepping up to take his place.